THE history books were re-written today at the 62nd Dubbo National Shorthorn Show and Sale when 67 bulls were sold to average an impressive $12,627.

Polldale Quantum Q17 was the $40,000 top-priced bull offered by vendors the Williams family of Polldale Shorthorns, Dubbo and purchased by the Falls family of Malton Shorthorns, Finley.

Sashed the reserve senior champion bull of the show officiated by judge Ted Laurie of Knowla Livestock, Moppy, Quantum Q17 was sired by Bayview Olympic L122 and out of Polldale Duchess 14th.

As a two-year-old he weighed 1026 kilograms with an eye muscle area (EMA) of 142 square centimetres, a scrotal circumference of 38cm and rump and rib fats of 23 millimetres and 15mm.

After the sale the New Zealand semen rights were sold to Hamish Brown and family from Browns Shorthorns, Morrinsville, NZ.

Underbidders of the sale-topping bull were the Gould family of Cortina Pastoral, Lucindale, SA who ended up securing the $34,000 second top-priced bull that also came from the Polldale stall.

Cortina Pastoral purchased four bulls in total, all from the Polldale Shorthorn stud, for a $23,500 average. 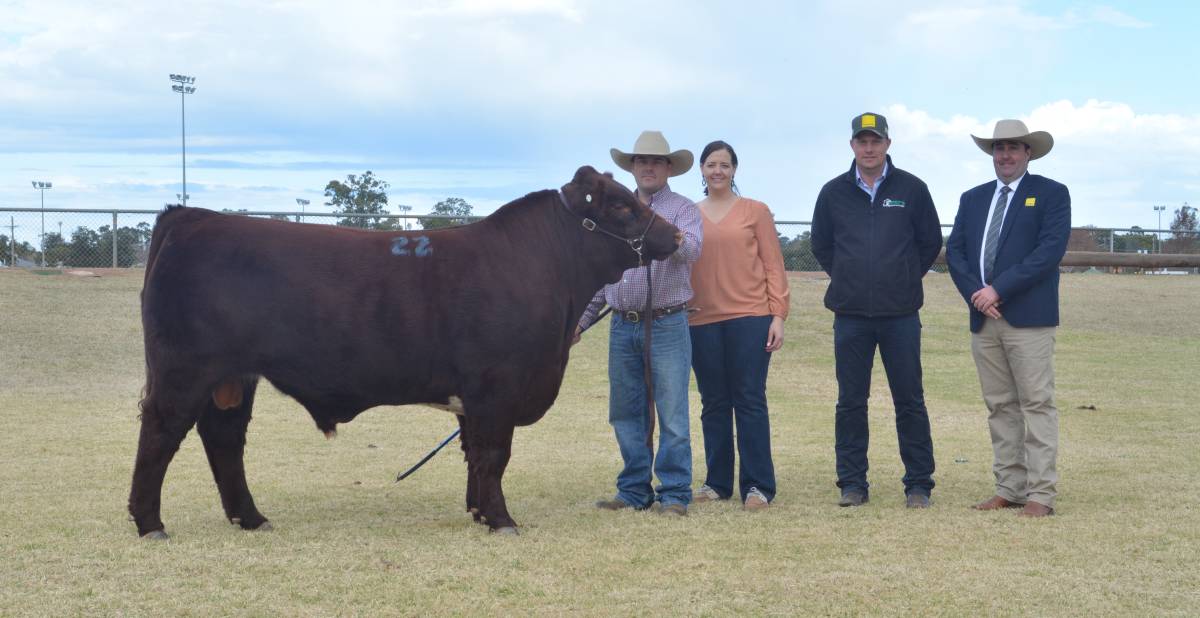 Purchased by Outback Shorthorns at Culcairn, he was a 642kg son of Muridale Thermal Energy 15A out of Sprys Balances Patent J76 that measured 104 sq cm EMA, 15mm and 9mm for rump and rib fats and 35cm for scrotal circumference.

Also hitting a high price was the champion unled bull in Ronelle Park Qudos Q48, an entry from Ross and Janelle Johnstone of Ronelle Park Shorthorns, Lyndhurst. He sold for $26,000 to the Royalla Shorthorn stud at Yeoval.

Moombi Trigger Q44 from Moombi Shorthorns, Yeoval made $26,000 and was knocked down to the Capell family of Bungulla Shorthorns, Manilla. 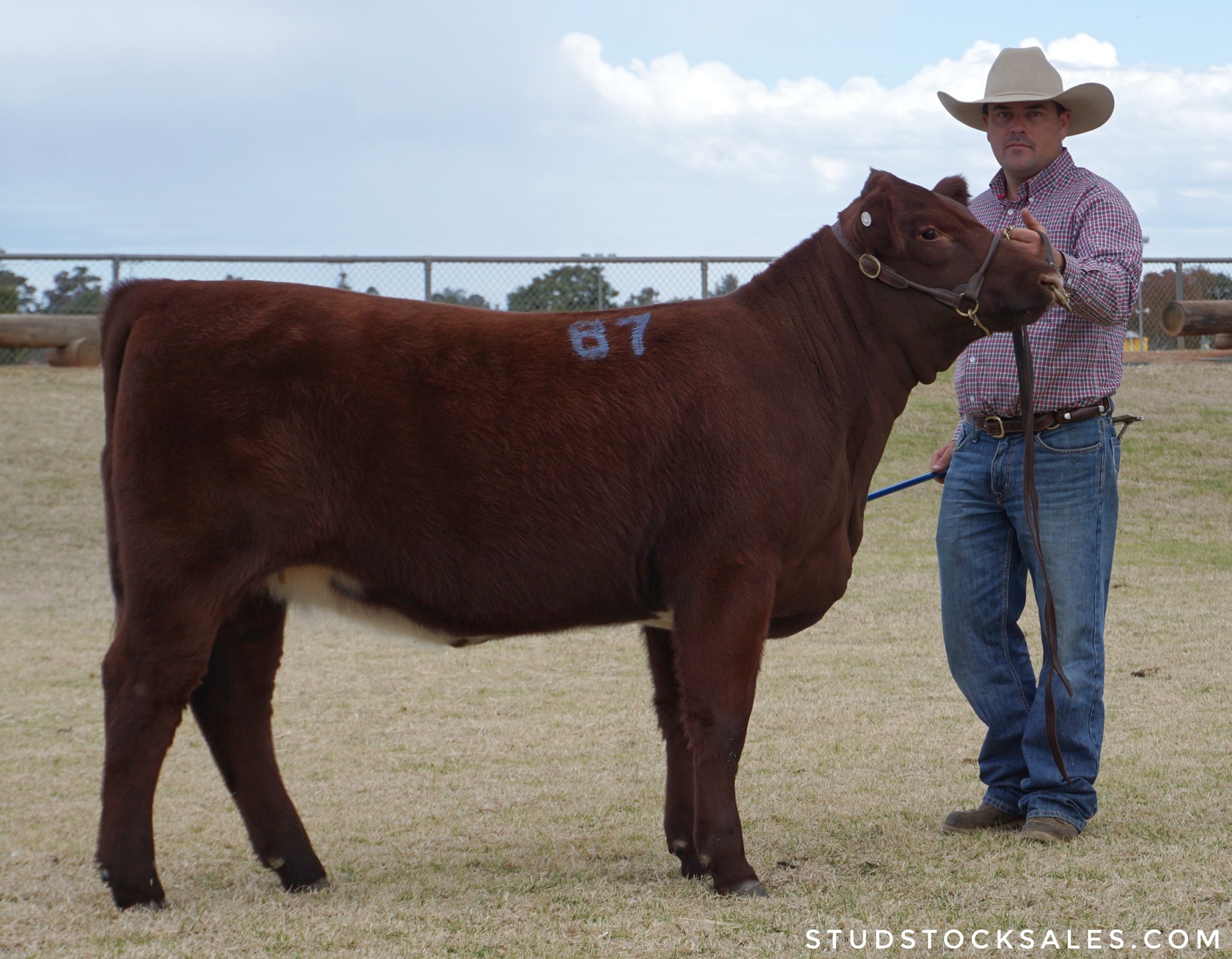 FEMALE OFFERING TO $8500, TWICE
Fifteen special females were also sold during the 62nd Dubbo National Shorthorn Show and Sale, with the top price of $8500 reached twice and an average of $5133 recorded.

The Morris family’s entry in Tarraganda BT Gypsy R10 was the first heifer to sell for the $8500 high price when she was knocked down to Ken Tippett, Glengyron Shorthorns, Newlyn, Vic.

The nine-month-old was by Sprys Boom Time M222 and out of Tarraganda GG Gypsy K2. 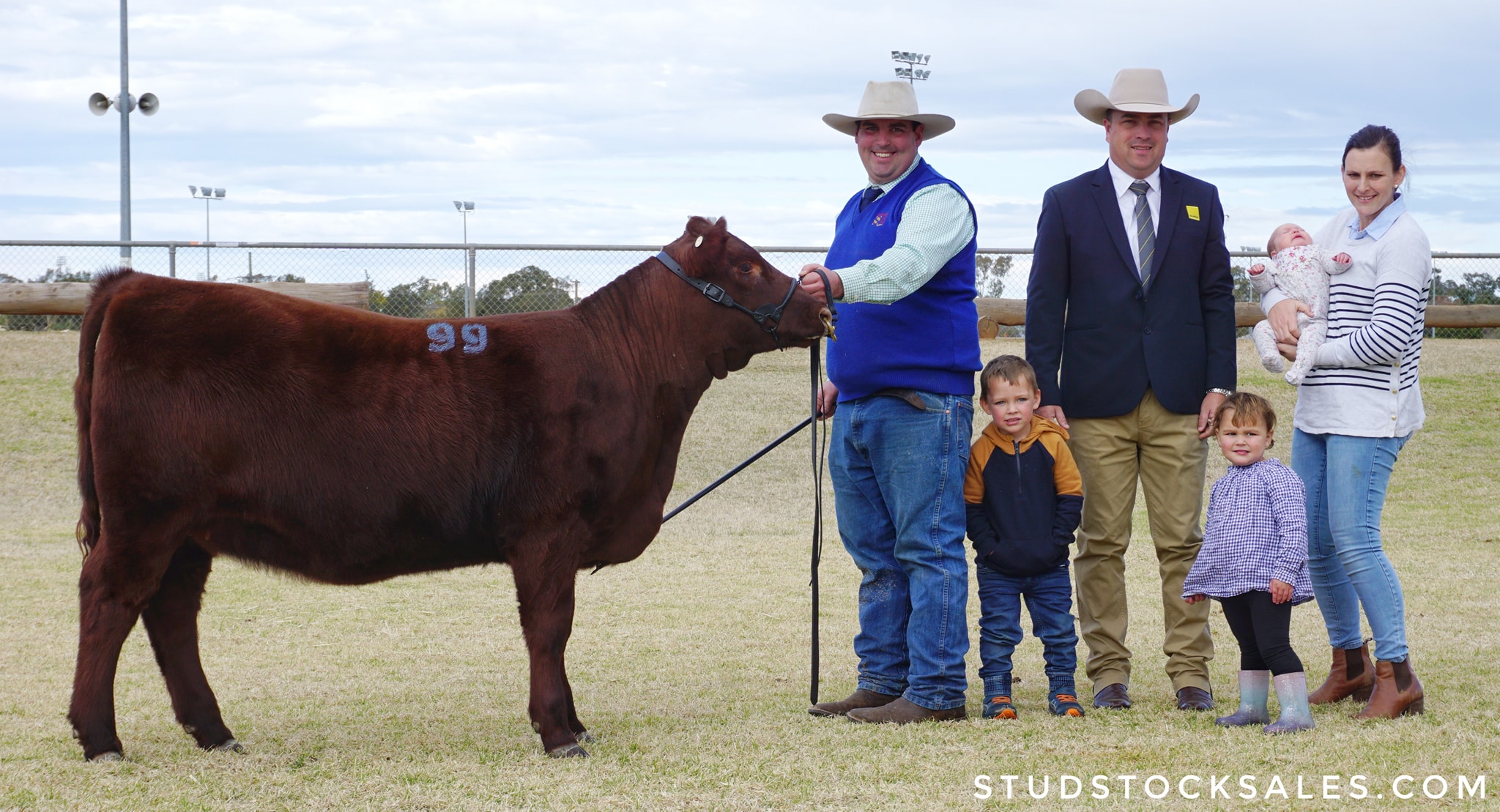 She was by Southcote Hero H1 out of Southcote Jupiter M2 and was eight months of age.

Jupiter R42 was purchased by the Loane family of Dunroan Shorthorns, La Trobe, Tas who took home a draft of four heifers in total for a $5500 average.

The sale was conducted by Nutrien, Elders and Ray White GTSM with Joel Flemming (Nutrien), Paul Dooley (on behalf of Elders) and Michael Glasser and Ryan Morris both of Ray White GTSM sharing duties as auctioneers.